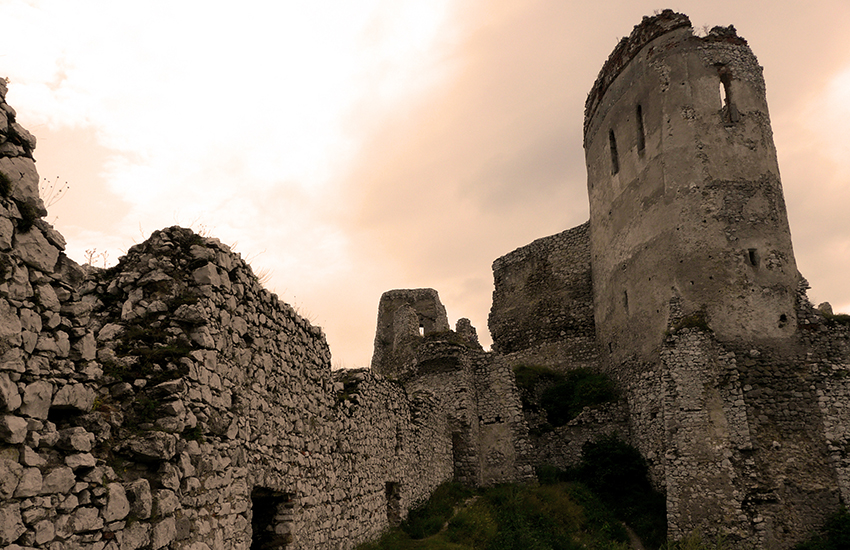 This Halloween, we decided to put together a list of eerie destinations with a past sure to send shivers down your spine, even if you’re skeptical about the supernatural.

Known as the Bermuda Triangle of Romania, this forest is deep in the heart of Transylvania (where else?) and is said to have been the site of countless grizzly crimes, mysterious disappearances, and supernatural phenomena.

Even today many of the locals steer well clear of the place, believing that the souls of those who ventured into the forest never to come out again are still trapped there. Although the forest can be unsettling, a number of local businesses offer guided tours during the day and at night. The tales you’ll hear are enough to rival even the most chilling horror films.

No list of haunted sites would be complete without the Stanley Hotel. This is where Stephen King got his inspiration for The Shining. Legend has it that the ghosts of a chambermaid and a man named Paul live between the walls of the luxury hotel and regularly interact with guests. People who have stayed here report hearing children’s voices in the middle of the night and feeling a strange presence at the foot of their bed, hearsay that the hotel management categorically denies.

Nevertheless, you can take a tour of the hotel at night, and your guides will gladly tell you about the unexplained phenomena that have been reported over the years.

Photos of the grim looking dolls that populate this island and reports of people claiming to hear voices are enough to turn anyone’s blood to ice. The island’s former owner first hung the dolls up hoping to chase away the spirit of a young girl who had been haunting him since she drowned here. The man succumbed to a heart attack in 2001—at the very same spot where the young girl is said to have died years before.

Isla de la Muñecas is now a popular tourist attraction where curious visitors can get up close and personal with this bizarre spectacle and tour a museum to learn more about the history.

This castle, pronounced “tchakhtitse,” is located in northeastern Slovakia. It was the residence and prison of Hungarian countess Elisabeth Báthory (1560–1614), purportedly one of the most cruel  serial killers of all time (at her trial witnesses claimed she had killed more than 600 people). The castle was abandoned in the 18th century, and local residents keep well away because of its macabre history.

Today it’s in ruins and is said to be haunted by the victims of “The Blood Countess.” Brave enough to visit? It’s a 20-minute walk along a path from the town of Čachtice.

(In)famous as the most haunted place in Australia, this historic building is said to be home to the tormented spirits of the original owners and the many people who have met a troubling death here.

Today the homestead is an inn where you can stay the night or take a guided tour with the current owner. She has extensive personal experience of occult phenomena on the property so be prepared for a string of spooky anecdotes and ghost stories. Fun fact: Anyone who is brave enough to stay the entire night gets rewarded with a gift!

This 19th-century building formerly housed the needy, the afflicted, and even violent criminals. Now that it’s closed, people say ghosts walk the hallways. No surprises there, given the number of people who drew their last breath at the asylum. Many visitors say they’ve witnessed strange and unexplained phenomena. Some claim to have heard voices and howling, while others describe having seen silhouettes.

The site is open to the public and offers a variety of guided tours depending on the time of year. You can even go on a private ghost hunt.

Would you believe us if we told you this magnificently preserved castle is considered one of the most haunted buildings in the world? Well, it’s true! Despite its pleasant exterior, the castle is said to be home to a small crowd of ghosts, the most famous being Harriet, a young girl who died after she fell down the stairs. Its ghostly reputation makes Charleville Castle a popular filming location for TV shows where the camera follows a paranormal investigator (you know, those shows you should never watch late at night).

Guided tours are available year round, by appointment. You can even book the property for a private ceremony!

If the many ghost stories about Leap Castle are anything to go by, you might think you’re guaranteed to see at least one paranormal event just by turning up. Here’s a (non-exhaustive!) list of spirits said to haunt the building: An evil spirit called The Elemental who was summoned during a seance in the 19th century, a lady in red who walks the hallways brandishing a knife, a little girl called Emily who can be seen falling from the ramparts several times a day, a young woman limping near the fireplace, a priest who died in the chapel in the 18th century, and the list goes on.

Although the property is private, the owner of Leap Castle will gladly show you around for a very reasonable fee, by appointment.

Many people think this small deserted piece of land in the northeast of Italy is the most haunted island in the world. Local residents are quick to agree. In the 18th century it was used to keep people who had—or were believed to have—the plague in quarantine. Then from 1922 to 1968 it was a psychiatric hospital. Legend has it that more than 100,000 people are buried here and that shadowy figures dressed in the singular uniform of the doctors who treated plague victims still roam the island.

To get a closer look and learn more about Poveglia’s notorious past, book a boat trip with local history buff as your guide.

Inspired to go and hunt a few ghosts? Remember to purchase travel insurance so you’ll always be in good spirits and be better protected against phenomena you may encounter along the way.