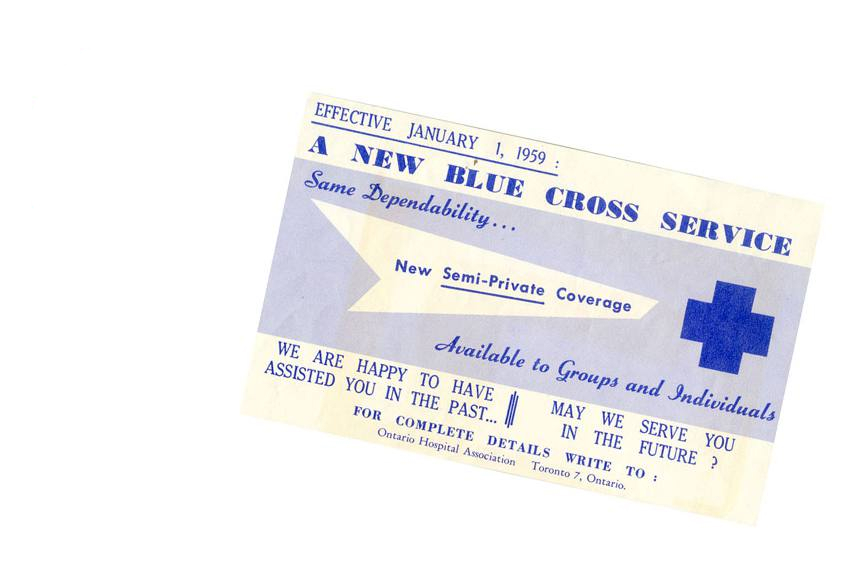 The history of Ontario Blue Cross

The hard times of the 1930s created the momentum behind the establishment of Blue Cross® in Ontario. Hospitals were receiving fewer donations and had fewer private wards and paying patients. Hospital facilities were not being used at full capacity because few people could afford the cost of a hospital stay. Many were forced to delay hospital treatment, and as a result became emergency cases admitted to the hospital at the public’s expense. Hospitals were struggling financially, trying to maintain expensive equipment and paying the salaries of their staff. The Ontario Hospital Association (OHA), on behalf of the hospitals, turned to the provincial government for financial aid. However, instead of being able to offer aid to its hospitals, the government found that it had to cut back on the limited assistance it had already been providing. 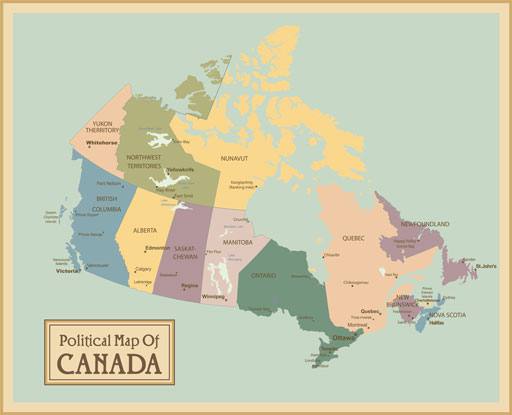 In 1934, there were 25 hospital payment plans across Canada. These “non-profit” plans were organized either by individual hospitals or by other groups, such as service clubs, farm cooperatives and “mutual benefit societies.” Plan members were thus shielded from unexpected hospital expenses, but the overwhelming majority of Canadians had no such protection.

By the mid-1930s, medical and hospital insurance through commercial companies became available in Canada. However, their medical plans were fairly expensive due to their high deductibles, and they offered limited coverage. There was a definite need to find a viable alternative, and that is when the OHA stepped in.

After meeting various guarantees related to the plan’s operations, the OHA introduced the Blue Cross name in Ontario in October 1941. Despite the plan’s identification as being part of the non-profit Blue Cross movement, it remained completely autonomous as a division of the OHA under the direction of the Board of the Association.

During the first half of the 1940s, as business boomed, OHA’s Blue Cross division outgrew a succession of rented offices around Toronto. By the end of 1945, OHA’s Board decided to buy the building at 135 St. Clair Avenue West for $125,000 from the United Church of Canada. After converting the building, the OHA and Blue Cross had its first centralized headquarters, with offices under one roof by 1948.

The exceptional success of Blue Cross during its first decade inevitably encouraged competition from other insurance companies anxious to capture a share of the market. Soon it became evident that Blue Cross would have to offer additional health care benefits to its members in order to compete with new rivals. Member groups, such as Bell Telephone, the civil service and trade unions, wanted package plans that included coverage for medical care in addition to hospital accommodation and services. At the time, medical insurance was through Physicians’ Services Incorporated, created by the Ontario Medical Association.

Attempts to develop a joint Physicians’ Services Incorporated/Blue Cross plan failed, and the OHA decided to proceed on its own. However, the OHA had to apply for amendments to its letters patent – its authority in law to operate as a corporation – before it could offer medical insurance to its members. 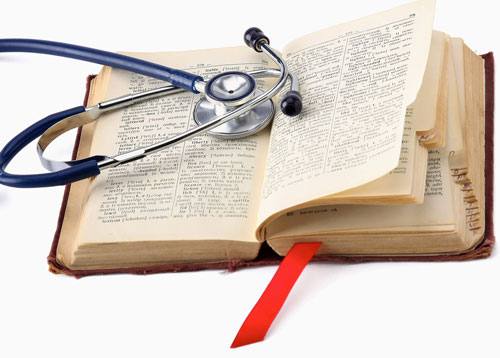 The OHA was eager to see a universal hospital insurance program get underway, and most of its top management people moved over to help guide the plan’s development. The OHA’s executive secretary-treasurer at the time, Arthur Swanson, became the first chair of the Ontario Health Services Commission (OHSC). Blue Cross director David Ogilvie joined him later as director of the Ontario Hospital Insurance Plan. Literally overnight, 90% of Blue Cross employees became government employees as they helped launch the new plan when it began operation on January 1, 1959.

The legislation governing national hospital insurance prohibited the provision of similar benefits by any other plans, and many private Canadian non-profit providers of hospital care benefits closed their doors. The Ontario government, however, encouraged supplementary coverage for the added cost of semi-private hospital accommodation by offering to sell potential insurers a registration and billing service combined with that of the OHSC plan. This opportunity was a critical factor in the OHA Board’s decision to continue the operation of Blue Cross, based on the philosophy that “the people of Ontario would always want and be prepared to pay for health services not provided for in the government plan.”

The growth in the health benefits market created large revenue flows and the promise of substantial pools of capital reserves held for future claims payments. All major life insurance companies began to market plans providing coverage for group health benefits. As the number of rival plans grew and the costs of these benefits to employers rose, a new development was soon evident: the emerging influence of professional health benefits consultants serving group clients. This change added a competitive element in the market and left Ontario Blue Cross at a considerable disadvantage compared with its previous pre-eminent role.

Ontario Blue Cross, after decades of almost unchallenged leadership in its field, was faced with market requirements that it was ill-prepared to supply. The new market required total flexibility in terms of benefit plans instead of the pre-packaged coverage that Ontario Blue Cross had traditionally provided. It required underwriting and funding methods of all varieties, which ranged from the fully underwritten rates (all risks assumed by the underwriter) traditionally quoted by Blue Cross, to administrative services only agreements (all risks assumed by the client), intermixed with partial-risk contracts and cash flow funding methods. A range of sophisticated claims utilization statistics, which Ontario Blue Cross didn’t previously maintain, was another requirement of the new market.

One of the most drastic changes that had to be made involved the attitude of Blue Cross toward middlemen in the market and the payment of commission. Ontario Blue Cross had traditionally insisted on dealing directly with its group customers instead of consultants, agents or brokers. Because of its well-publicized position, Blue Cross was in danger of seriously alienating an increasingly important segment of the market. To mitigate this, Blue Cross reviewed and refocused their sales philosophy so effectively that it resulted in almost 40% of their individual health business coming from the middlemen.

The contemporary history of Ontario Blue Cross from 1979 to the present can be best described as one of adaptation in a drastically changing marketplace.

The period from 1979 to 1984 was characterized by a shrinking market due to poor national and provincial economic conditions. The labour force was reduced through layoffs and there were years of high unemployment. During this period, Ontario Blue Cross re-trenched, losing market share while improving its free reserve financial position.

The period from 1985 to 1991 was characterized by Blue Cross repositioning itself. Ontario Blue Cross became a separate corporate entity, distinct from the OHA, capitalized with $36 million. Increasing competitive and regulatory pressures, coupled with maturing markets, reduced margins and presented major challenges to the company. Ontario Blue Cross responded to these opportunities by becoming market-driven. 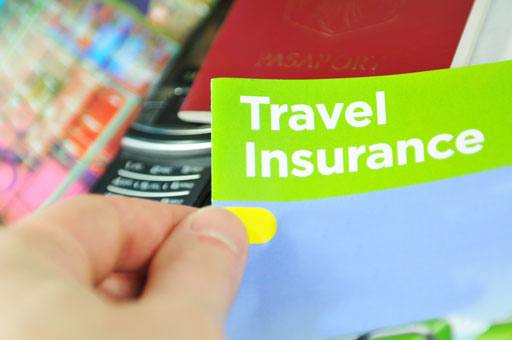 Strategies to consolidate its market position, to bring new products and services to its customers, enhance service, develop its organization and upgrade its computer systems and technology, began to develop.

In the latter part of 1991 and continuing into 1992, Blue Cross suffered a large loss due to environmental factors, such as the reduction in health care funding for out-of-country services by OHIP, the recession, the Gulf War resulting in reduced travel and the new competition from financial institutions entering the Ontario insurance market. In 1992, the Blue Cross business plan was altered to reflect the sudden and new reality by adopting a recovery and revitalization plan. This change was vital, and it was approved by its Board and the insurance regulators. 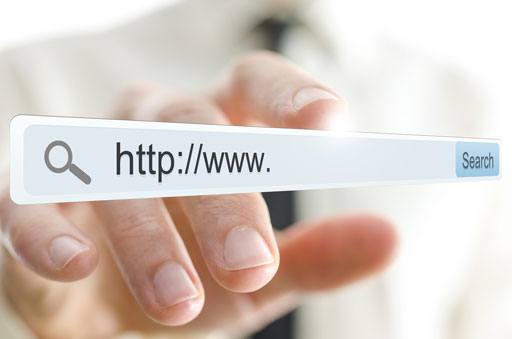 The new investment allowed Ontario Blue Cross to begin heavily marketing itself to Ontario residents and develop new and innovative products and tools for its members. In May 1999, Blue Cross became one of the first insurers to sell insurance products online, directly to consumers. This new method of distribution developed into a highly successful marketing tool, and today it accounts for more than 30% of annual sales.

Also in 1999, the Blue Cross Canassurance Group allowed Ontario Blue Cross to adopt some of its innovative travel products and adapt them to the Ontario market. The Summertime Blue travel insurance plan was born, and its success can be attributed to its innovative benefits and flexibility.

The core Blue Cross philosophy has come full circle, with the focus on protecting the health and well-being of plan members by providing accessible and affordable benefits and services. Additional health plans have been introduced to provide more options in health care.

In 2008, Blue Cross created its first direct response television campaign to educate the public on the importance of health insurance and inform them how easy it is to obtain. Recently, the development of a travel assistance app for mobile users became another way for Blue Cross clients to get assistance.

Today, Blue Cross continues to move forward steadily, maintaining its vision and looking ahead to serving Ontario residents for decades to come.