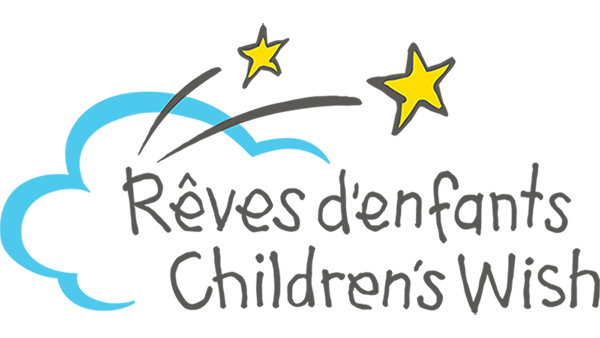 Since 1989, Blue Cross has partnered with the Children's Wish Foundation to make dream trips come true for Canadian children with high-risk, life-threatening illnesses.

Since partnering with the Children’s Wish Foundation, Blue Cross has been providing the travel insurance required for travel wishes and waives the pre-existing clause for wish children. By helping make these wishes come true, wish kids have something to look forward to, so they can focus less on their next treatment. This dream can give them the energy and hope to go on.

Should anything happen while travelling, Blue Cross will take care of it. We are proud to say we have never refused granting a wish to an eligible child.

Take a few minutes to see how positively a wish affects these miraculous children and the people who love them. The impact begins at the moment the children learn that their dream will come true, and it lasts for a long time after. 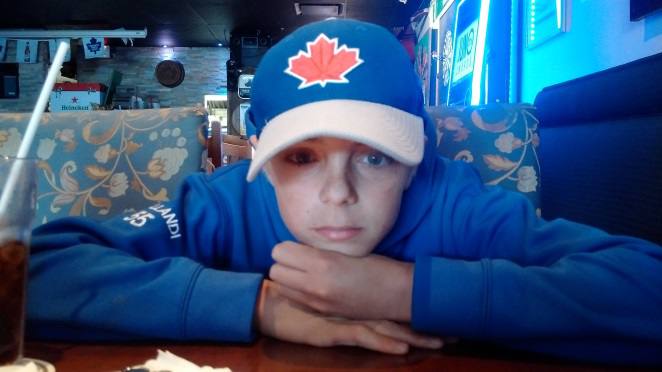 All Jackson ever wanted to do was to play baseball. In 2015, he made it into an AAA team and worked all winter to be the starting pitcher. A sore arm prompted a visit to the doctor which quickly led to a rush visit to SickKids Hospital. Jackson was devastated when he heard his diagnosis – Ewing Sarcoma, a bone cancer.

The 13-year-old went through a grueling regiment of chemotherapy and radiation treatments that halted his ability to play his much-loved baseball.

Jackson first heard that he would be granted a wish during some very dark days of treatment. He was feeling discouraged as his blood counts were low and his arm was not in good shape.

“Knowing that Jackson was going to get a wish, immediately perked his spirits up,” mom, Carolyn says.
It’s no surprise that the Toronto Blue Jays and Boston Red Sox would be part of his wish request. Jackson would love to meet both teams when they have a game at Fenway Park in Boston.
Carolyn and Jackson’s dad, Derek, are incredibly grateful to Children’s Wish and Blue Cross for helping to grant Jackson’s wish.

“What you are doing for Jackson is a really powerful thing for him. The wish is definitely something that he is really looking forward to. The wish means that he is starting to think about the road ahead, not behind, and that there is a future where he will be better,” Carolyn says. 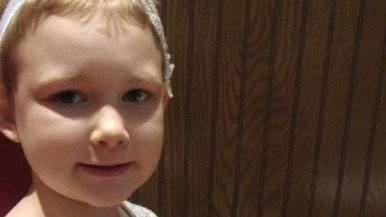 In 2015, 4-year-old Arianna began to experience mysterious symptoms such as aching legs, sore spine, a growing bump on the back of her head and an infection in her finger that would not heal with antibiotics. Shelly, Arianna’s mom, kept taking her to doctors for repeated examinations.

Finally, an oncologist informed Shelly, “It’s not the news you want to hear but Arianna has cancer. I’m so sorry.”

For Shelly, that time remains one of the most shocking moments of her life.
The first six months of treatment were the most intense for Arianna and her family. There were many days and nights spent in the hospital. The time was both emotionally and financially very difficult for the family.

But while going through treatment, the prospect of having her most heartfelt wish granted by Children’s Wish, was the beacon of hope the young family needed. Arianna will be completing treatment in October 2017, two years after the initial symptoms. In the meantime, she is extremely excited to know that she will be going to fly on a plane to Disney.

“Talking about our trip to Disney has really kept her spirits up, says Shelly. It helps us too to know there’s a positive outcome.”

A day after Mikayla was born, doctors noticed her skin tone was off and she appeared to have trouble breathing. Shortly thereafter, parents Michael and Rose-Marie were given the devastating news that Mikayla had pulmonary atresia, a life threatening condition where the pulmonary valve doesn't develop properly, preventing it from opening. Blood can't flow from the right ventricle to the lungs.

Mikayla was immediately put on a donor list. Luckily, a donor was found and Mikayla was given a new heart in April 2009, when she was only 8-months-old.

Mikayla is overjoyed that her most heartfelt wish to visit Disneyland is going to be granted by Children’s Wish Foundation. And her older sisters Alexis and Emily are happy to be able to share in the joy of the wish as well.

“We haven’t been able to travel due to Mikayla’s health concerns and financial considerations so this wish is wonderful for us. We realize that Mikayla’s heart issues can be unpredictable even though she is currently in a good place, so we have vowed to fill her life with as much joy and happiness as we can. It means so much to us that people care enough about us to give Mikayla this wish,” Michael says.

The Children’s Wish Foundation of Canada relies on the involvement of sponsors like us, and especially on the generosity of people like you. Help grant a child a wish and make a dream come true.