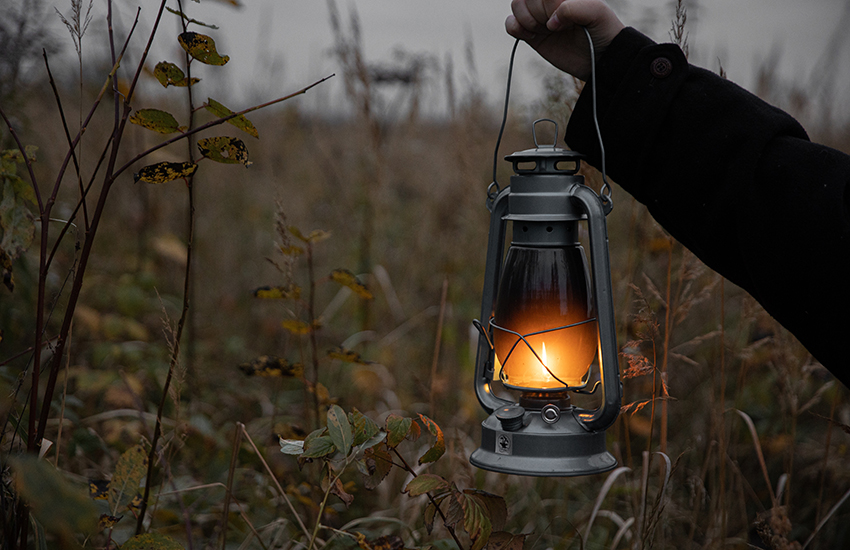 For lovers of all things frightening, October is the perfect time to explore some of Canada’s scariest destinations. Here are 11 locations that are sure to send tingles down your spine.

Saskatchewan is full of eerie abandoned homesteads and tiny towns. Take a slow drive along highway 13 between Wauchope and Govenlock to explore 32 of them, complete with churches, manors, and a gas station. Many old and dilapidated buildings can be seen on the route, but the drive is beautiful and makes for some haunting photos.

Ghost Walking in Victoria, BC

The pretty capital city of British Columbia is full of heritage buildings and beautiful gardens — all perfect places for lost souls and spirits to meet! Several tour operators offer twilight walks through the historic streets, telling the stories of ghostly chambermaids who still roam the halls of the Fairmont Empress Hotel, the man with a moustache and cane who roams the parliament buildings, or marauders who came to violent ends in the alleys of Chinatown.

This historic hotel is said to be home to several ghosts, the most famous being The Bride who is said to haunt the marble staircase and has on occasion been seen dancing in the hotel ballroom. Legend has it that sometime in the late 1920s this poor unfortunate woman tripped on the hem of her wedding gown on those same stairs and never made it to her wedding. Sam the phantom bellman is said to have helped guests on occasion, and there are reportedly several haunted rooms as well.

Built in 1875, this imposing black and white striped lighthouse on the western tip of Prince Edward Island became fully automated without the need for a keeper back in 1963. However, it seems that the old lighthouse keepers can’t stay away from this place. Lights have been seen in the lighthouse when there was nobody around, and shadowy bearded men have been spotted in the windows. Now an inn and museum, you can stay overnight and see whether you pick up the ghostly vibes reported by other guests and members of the community who maintain this historic place.

The Old Spaghetti Factory in Vancouver, BC

Though this popular family restaurant in downtown Vancouver is housed in a building that only dates back to the 1970s, their famous ghost was imported with the historic streetcar that is the restaurant’s showpiece. The streetcar was built in 1904 and decommissioned in 1957.  One of its conductors is said to have been spotted many times after hours sitting at one of the tables now located inside the old streetcar. There are several other ghosts that are said to frequent the Old Spaghetti Factory, including a little boy running around the restaurant after closing time.

This historic railway hotel is said to have many ghosts. It is widely reported that room 202 is haunted, and numerous unusual sightings have occurred along the corridors of the entire second floor. The Fort Garry has its own ghost bride, who allegedly died by suicide in the 1920s after her brand-new husband was killed by a horse carriage just outside. Crying and wailing sounds have been heard coming from the dining room in the early hours of the morning, and wispy figures have been seen gliding across the floor of the ballroom.

The Duke of Duckworth in St. Johns, NFLD

This popular pub is known for serving excellent fish and chips and being one of the main filming locations for CBC’s Republic of Doyle TV series. It also happens to be home to a resident mischievous spirit named Fred. Since the pub opened in 1987 — the building itself dates back to the Victorian era — there have been numerous spooky sightings of faces on walls and shadowing figures at windows, as well as tales of doors being opened and TVs mysteriously turning on after hours.

The Keg Mansion in Toronto, ON

Steaks at this restaurant may come with a side of scariness as so many ghosts have been sighted at this building that the staff keeps a ghost log. Constructed in 1867 for the influential Massey family as a splendid residential abode in downtown Toronto, this gothic mansion has served as a home to a radio station, art gallery, and a series of fancy restaurants before being turned into The Keg in 1976. While looking at the mansion’s grand staircase you may encounter Lilian’s Maid, the ghost most often reported who once worked for the Masseys.

It’s fair to say that Rosedale Station just outside of Drumheller is pretty much a ghost town and it is no surprise that this hotel and bar are allegedly full of spirits. Built in 1913, the bar is filled with antiques and memorabilia that are a testament of this once-thriving mining town. The owner reports “all kinds of energy” felt by the many paranormal investigators who’ve stayed at the hotel, the recurring smell of pipe smoke in the billiard room, and a ghostly female figure that roams the building.

Downtown Halifax is full of historic buildings that have served many purposes. The Five Fishermen Restaurant may have started as a school in the early 1800s but became a funeral home where many bodies retrieved from the sinking of the Titanic were held and more than 2000 victims of the Halifax Explosion were taken. Since its opening as a restaurant in 1975, many ghost sightings have been reported including that of a girl draped in fabric climbing the stairs, mysterious knockings and noises, and objects moving on their own in the kitchens. If you’d like your blood chilled as well as your oysters, this is a great place to eat!

Ready to pack your bags and scare yourself silly at one of these destinations? Don't forget to purchase travel insurance to make sure that you’re covered should anything derail your plans.