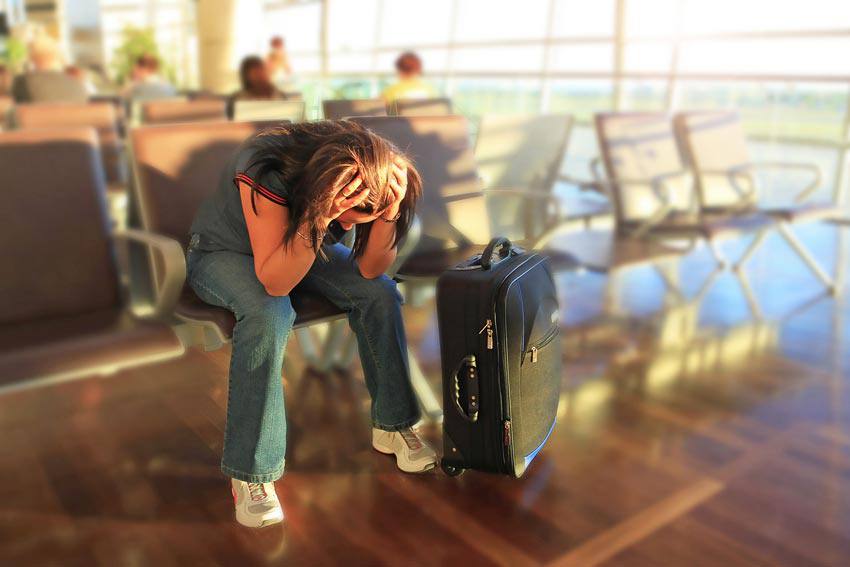 Flying can be challenging, even if everything goes according to plan. However, even if you arrive at the airport with plenty of time to spare, check your bags and are patiently waiting at the boarding gate, there is still a chance that you won’t get on your flight. It doesn’t sound right, does it? But it happens. It’s called “being bumped,” and it can happen to almost anyone.

Getting bumped from a flight is actually more common than most people realize. In a time when airlines frequently confirm more seats than are available to ensure that flights are full, getting bumped has become part of the travel experience.

“Statistics from the U.S. Department of Transportation (DOT) show 56,968 passengers (0.92 per cent of all flyers) were bumped from domestic flights in 2013, while another 466,677 volunteered to take another flight in exchange for compensation,” says Camilla Cornell in the Financial Post. Unfortunately, the Government of Canada doesn’t keep records related to passenger bumping.

According to the Independent Traveler, “to be bumped from a flight is to be denied a seat on a plane when you have a confirmed reservation. It results from overbooking, an airline practice designed to fill the empty seats that no-show passengers leave behind. The more popular a route, the more likely the flight is to be oversold.”

There are rules in place, and travellers need to understand these rules so they are not taken advantage of by airlines.

Here is what you need to know:

In Canada, decisions regarding compensation are left up to the airlines.

If you want to be bumped

If you volunteer to be bumped, you will be compensated and booked on a later flight. However, before you agree to give up your seat, make sure there is a flight that works for you. Also, make sure you are aware of the amenities the airline will be providing; otherwise, you will have to pay for things like food and accommodation out of your own pocket.

How to avoid getting bumped

Here are some tips to avoid getting bumped from a flight: