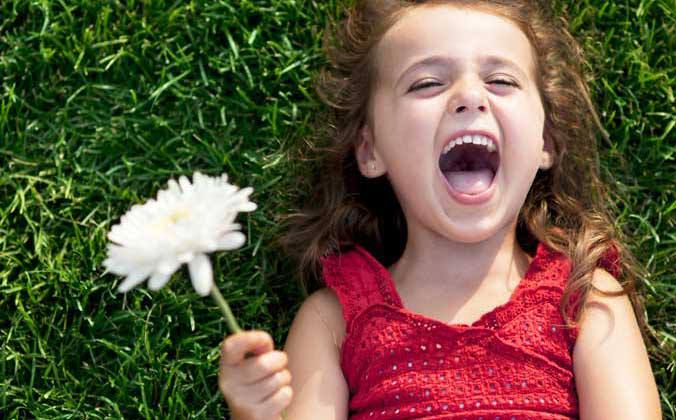 Did you know that laughter provides benefits that go well beyond a pleasant diversion? In fact, studies show that laughter is a powerful antidepressant that reduces stress, eases digestion, and promotes sleep. It is said that sleep even helps to maintain fitness! Discover all the benefits of laughter and have fun applying your new knowledge.

We giggle, chuckle, and guffaw. We cry with laughter and howl for joy. We hold our sides during a belly laugh, we double over, and – falling victim to the ridiculous – we pee our pants. In the extreme, we even die laughing (not a bad way to go, if our time has come). There are countless things that set in motion side-splitting laughter. Not to mention the dreaded tickle, whose mere threat can provoke a laughing fit, often accompanied by a panic attack.

But what is laughter, exactly? We laugh to make tolerable our misfortunes and those of others. But we also laugh to amuse company and to lighten tension. And we use laughter as a weapon of mass seduction, since we cannot resist the charm of somebody who makes us laugh. It is impossible to be angry and to laugh at the same time; these actions are mutually exclusive.

And might it be possible that we laugh because it is good for our health? What if that were the prime function of laughter? Scientists, who are not given to joking about something as serious as laughter, have researched the physiological effects of the phenomenon. Here (in no particular order) are some of their findings:

This is all well and good, but we do not always have people or situations around us that make us laugh. Not to worry: the brain does not seem to distinguish between spontaneous laughter and simulated laughter. Its weakness can be our strength!

The first to understand the principle, or at least to have popularized it, was an Indian physician named Madan Kataria. Having moved from the actual jungle in his childhood to the urban jungle of Mumbai (now known as Bombay), this young man desperately felt the need to laugh as an antidote to the stress of his new environment.

One day, he convinced a few people in his neighbourhood park to join his project of meeting regularly to make each other laugh by telling jokes. The first “laughter club” was born. But the inevitable happened: Over time, the quantity and quality of jokes declined precipitously. As he was already attached to these meetings, he had to quickly find a solution. And he had a breakthrough: they could do away with the jokes. It was enough to laugh, even for no reason. The fake laughter automatically transformed into a spontaneous laughter.

Laughter being contagious (hopefully no one will ever discover a cure or vaccine against the epidemic), Dr. Kataria's idea has been recognized worldwide. The concept is now called laughter yoga, because after having laughed, participants take the opportunity to relax. He wants to initiate a “global movement for health, happiness, and peace.” There are thousands of laughter clubs in over 65 countries worldwide, including hundreds in Canada. You can consult the list at laughteryoga.org. There is most likely one near you!

To participate in a laughter club, it is usually enough to just show up, pay a minimal entrance fee, and then join in the general hilarity. And it works! Participants emerge inspired and put into practice the techniques of simulated laughter in their daily lives to make the most of the technique. (So, if you hear one of your colleagues break out in HO-HO-HOs and HA-HA-HAs while clapping his hands, you need not call security).

Are you convinced that laughter is good for both your physical and mental health? Get ready, get set... laugh!